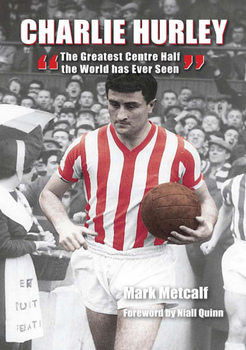 Charlie Hurley was not only a great player, he was one of the characters who illuminated football in the 1950s and ’60s. His story will attract great coverage in the papers as he tells of clashes with another footballing great, Jim Baxter, his disputes with the board at Reading when he became a manager and the uncompromising attitude of players and managers during his playing days. Born in Cork, but raised in Essex from the age of seven months, Charlie started his playing career with Millwall before joining Sunderland in 1957. He was to make 400 appearances before leaving for Bolton Wanderers in 1969. Nicknamed “The King”, Charlie made forty appearances for the Republic of Ireland and but for injuries early on at Millwall would have made many more. Fans of both Millwall and Sunderland chose him as their greatest ever player. On his 70th birthday in October 2007, Sunderland renamed the Chairman’s Suite in his honour and the chairman Niall Quinn, also from the Republic, said: “Charlie Hurley still has such an influence on this football club it’s incredible. The hold he has over the region and its football is immense and it’s getting stronger as he gets older.”

‘Interwoven into the background of Hurley’s tale is social history from the south-east and north-east of England, as well as Ireland. This gives the book an extra dimension, elevating it above numerous others of its genre which merely recount their subject’s on-pitch glories.’ – Steve Mather, Morning Star. 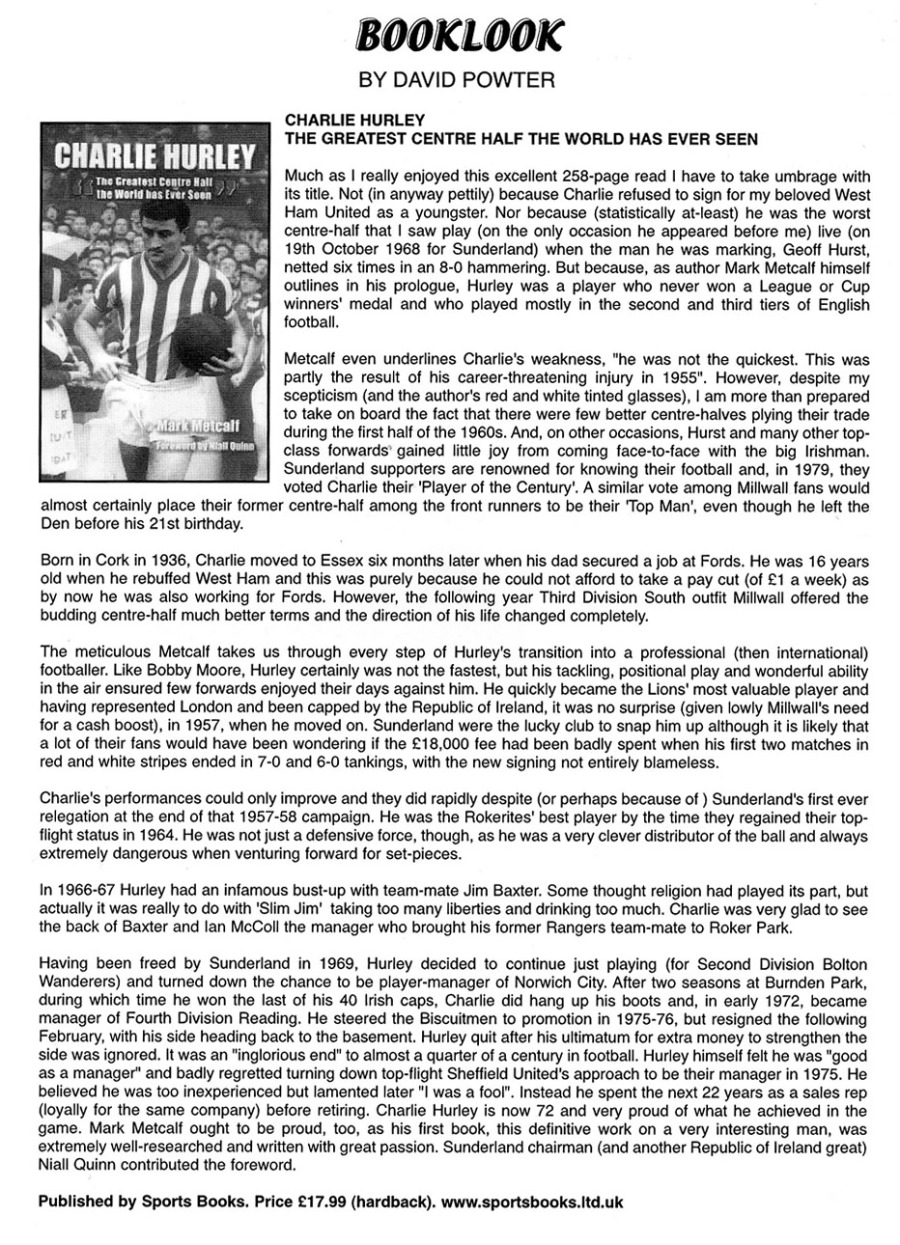