Remembering all those from Kirkcaldy who fought in Spain

There is a plaque and a memorial on Forth Avenue, Kirkcaldy which commemorates local fighters in the Spanish Civil War. This was erected by Kirkcaldy District Council and Friends of the International Brigades, May 1980 and September 1986. It was rededicated 4 April 2009.

The inscription on the plaque reads, somewhat poetically, as follows:

“Not to a fanfare of trumpets

Nor even the skirl o’ the pipes

Not for the off’r of a shilling

Nor to see their names up in lights

Their call was a cry of anguish

From the hearts of the people of Spain

Some paid with their lives it is true

Their sacrifice was not in vain”

The names on the memorial are as follows:-

There is a memorial plaque in Peace Walk, Victoria Park, University Road, Leicester to Fred Sykes, Jack Watson and Roy Watts. All three Leicester volunteers were killed in the Spanish Civil War fighting for democracy and against the rise of fascism. The plaque was erected by Leicester Socialist Centre, 15 February 1993.

For more information on this go to:- http://www.leicestermercury.co.uk/Memorial-lives-lost-Spanish-Civil-War/story-19738907-detail/story.html

Many thanks to Ross Galbraith for taking the photograph. In 1989, Ross and Gary Sherriff, both TGWU members, refused to work on a contract that their employer, Granby Plastics Limited, had accepted from South Africa. They were sacked for standing up to apartheid and for the next three years toured the UK and Ireland speaking about the need for workers to take direct action to disrupt British trade with South Africa.

A memorial to three local volunteers killed in the Spanish Civil War is located at Blantyre Miners’ Welfare Club. This was erected by East Kilbride and South Lanarkshire Trades Union Council on 24 October 2009.

Thomas Brannan, William Fox and Thomas Fleck were part of a larger group from Lanarkshire who joined the International Brigades to fight in support of the elected Spanish government against the military coup of General Franco, who enjoyed the military backing of German and Italian fascist leaders, Adolf Hitler and Benito Mussolini respectively.

The bronze sculpture was designed by Hamilton man Frank Casey who at the time of the unveiling said: “In these days of bogus celebrity there has never been a greater need to commemorate those true heroes who had the foresight to see that another world war was not inevitable and that the threat to civilisation known as fascism could be buried in Spain.

“They were neither dupes nor adventurers, but courageous men. Fleck in particular knew all about the horrors of modern mechanised warfare. Having won the Military Medal in France, he still felt it necessary to take up arms again in defence of the Spanish people.

“This work came about through the generous support of the local community and the South Lanarkshire Trades Council.”

Aberdeen Trades Union Council offices are named after John Londragan and the premises at 22a Adelphi have a plaque which states: John Londragan House: Communist, International Brigadier and Life Long Trade Unionist, 1911-1993. The plaque was erected in 1993. 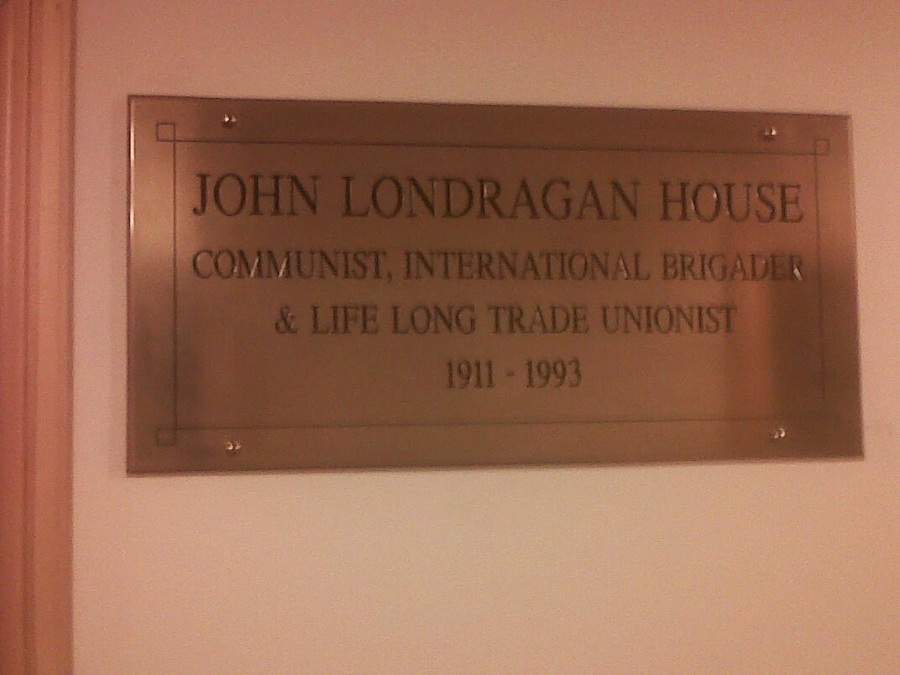 An article by John Landragan appears in the book Voices from the Spanish Civil War: personal recollections of Scottish Volunteers in Republican Spain 1936-39, edited by Ian MacDougall. The railway worker describes his motivation for risking his life: ‘Being a member of the Communist Party and being an anti-Fascist I though it was my duty to go and help the people in Spain.

‘And the fight, whether it be here in Aberdeen against the British Union of Fascists or against Hitler and Mussolini in Spain, was exactly the same to me, no difference at all.’

The Scotsman served in the Anti-Tank Unit of the XVth International Brigade at Jarama, which is south-east of Madrid, before being sent to Brunette, which is where he got wounded in the leg and arm. This finished his career on the military side but when he came out of hospital he was employed on the organisational side of the Brigade. Londragan later served – again in an Anti-Tank Unit – in the British Army during the Second World War.

Writing in 1986, the Aberdeen man wrote: ‘ Looking back, there isn’t a thing changed since 1936 as regards my views…..When I went to Spain I thought I was trying to halt Hitler and Mussolini and their exploitation of Europe……..so when we went to war in 1939 I did exactly the same job…… Both were anti-Fascist wars.’ 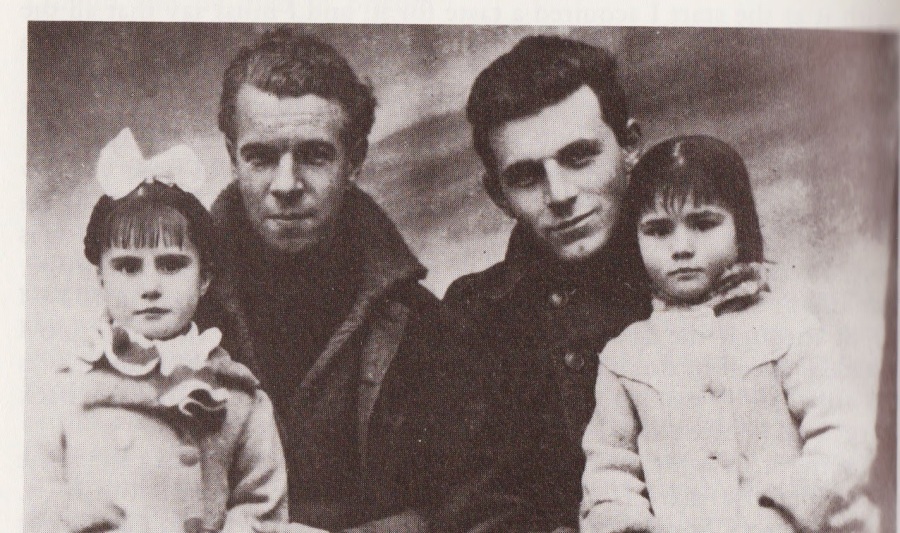